The EU has launched a formal antitrust investigation into allegations that Google has abused its leading role in the ad-technology sector. The Europe Commission’s investigation, which informally began in 2019, will assess numerous allegations of anti-competitive business practises surrounding Alphabet Inc’s brokering of advertisements and distribution of user data with advertisers across mobile apps and websites.

Last year, there was a similar case filed against Google led by the US state of Texas. The EU’s investigation is expected to examine the same issues covered by the Texas case, including Google’s alleged favouring of its own ad-buying tools in its advertising auctions. However, the Europe Commission will also explore complaints that are yet to be the subject of formal probing anywhere. The Commission look into allegations that Google has been excluding its competitors from brokering ad buys on video-sharing platform YouTube, which the tech giant owns.

The American mega-corporations continue to devour the Internet. They make more profits while UK companies are put out of business and the consumers' experience, both on the Internet and on the High Street, gets worse. 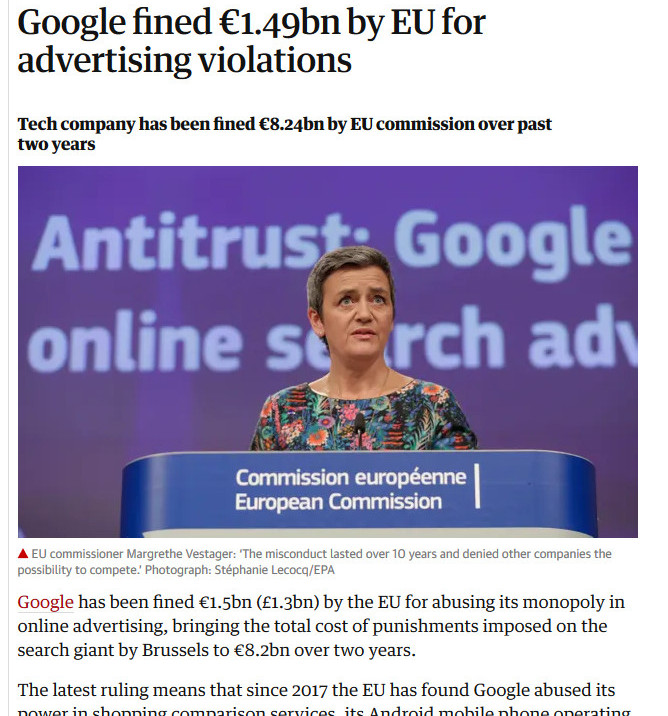 Google has been prosecuted three times by the European Union and fined over 8 billion Euros for acting in a number of underhand ways. Furthermore, the French tax authorities have raided Google's Paris HQ and fined the company over 150 million Euros.

I regularly come across major - supposedly respectable - companies behaving in a dishonest, and illegal fashion. If they were small UK based companies the local council Trading Standards department would be all over them initiating prosecutions.

To name but two such companies: Gumtree and Paypal. Gumtree frequently takes money from people but then fails to run the advertisement. The automatic algorithms that scan text looking for words deemed to be 'unacceptable', cancel the advertisement, but then there is no automatic system for refunding money. Furthermore, because it costs money to deal with complaints, they simply don't bother. There is no way of contacting the company to talk to anyone. 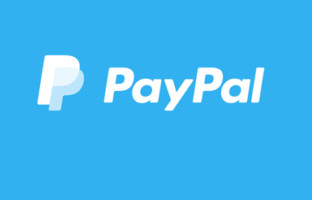 Similarly Paypal tries to run the entire public-facing area of the company by automated programmes - which frequently fail to work properly. They operate an offshore call centre, somewhere. Unfortunately, English is so obviously a second language for the call centre staff, and, besides they do not have access to much information. I found that, when the call centre staff cannot deal with an issue - which is common - they refer callers to what they term "a dedicated support line". This is little more than a scam as this is a premium rate number which charges 33 pence per minute and simply routes callers back to the same unhelpful call centre.

Even the man who invented the Internet, Tim Berners-Lee, has said the way the big companies are abusing the system is unacceptable.

It's not just the so-called "criminals" you have to watch. You need to be on your guard when dealing with major international corporations because the bigger they are, the more crooked they are.